Whoopie Pies!? Ever heard of them? 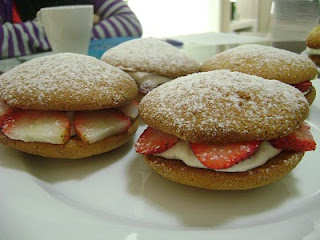 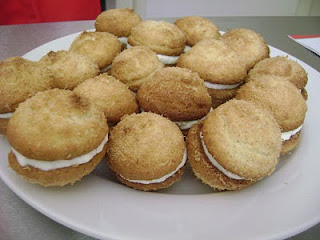 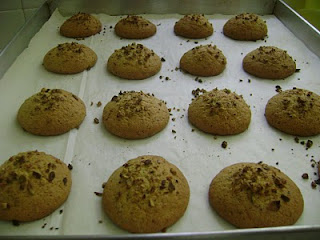 Whoopie pies, ever heard of them? They do look like macaroons but they are not. Imagine a dessert that is a cross between cookie, pie and cake, all rolled into one. Whoopie pies are a dessert that consists of two cake-like cookies sandwiching a creamy, frosting-like filing.

Whoopie pies are generally thought to have originated in Pennsylvania Dutch country as an Amish dessert. According to food historians, Amish women would bake these desserts and put them in their farmer husbands' lunch boxes. When the farmers find the treats in their lunch boxes, they would shout "whoopie!".

It is easy to think of them as macaroons as they do look like macaroons. Both are sweet desserts. We At 19 think of them as the next new wave after macaroons. Come and discover Whoopie Pies! Check out our class calender at www.at19culinary.com/schedule.html
Posted by At Nineteen Culinary Studio at 4:21 PM